The Neville Cup will see a couple of novel semi-final match-ups as the new registrations rules have served up plenty of opportunity for Leinster Division One sides as EYHL sides tumbled out on Sunday.

A sweet finish for @KKHockeyClub's David McClure in their 6-4 Neville Cup win over Glenanne yesterday! pic.twitter.com/guqkj5R60D

For this term, players must be eligible to play in Leinster’s Division 1 to 7, leaving the top 13 registered players for EYHL clubs ineligible for the competition.

Kilkenny knocked Glenanne out with a 6-4 win with David McClure scoring a hat trick, one a particular peach as he weaved in and out of the last two defenders before chipping over James Murtagh.

The cats will face reigning champions Three Rock Rovers next who won 3-2 against Monkstown with a late winner.

Alan O’Malley nabbed a 5-4 win for Clontarf against YMCA. They led four times overall, taking a 1-0 lead through Robert Forrest, 2-1 via Timmy Cullen and 3-2 thanks to Jack Sheahan before YM took the initiative at 4-3 with a double from Andrew Jones.

Luke Hayden levelled from a well-worked penalty corner at 4-4 before O’Malley got the winner when a free just outside the circle led to a first-time strike and rebound which he rifled, first-time, into the top corner.

They go through to play Corinthian in the next round who proved too strong for Avoca – reinstated after Pembroke fell foul of the new rules – with Davy Howard scoring two in a 3-0 win. The reds are hoping to reach their first final since 2014.

In Leinster Division One, Dublin University got their points of the season at the fourth attempt when they won a nine-goal classic derby. Shane Dempsey got a hat trick for the NSC side while Trinity got a trio of corners through Samuel Boggio, Greg Arrowsmith and Tom Cole while Patrick Temperley netted a stroke and one from play in their 5-4 success. 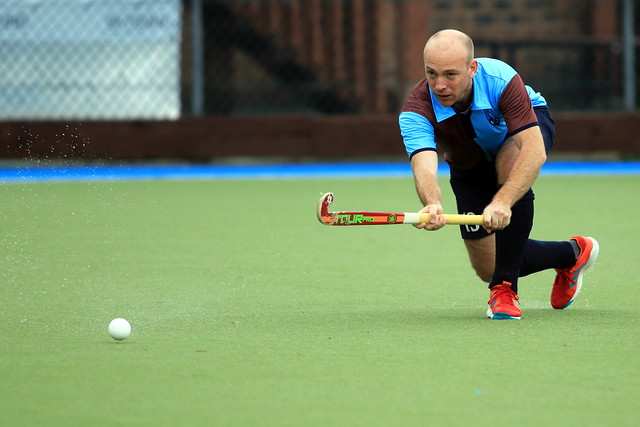