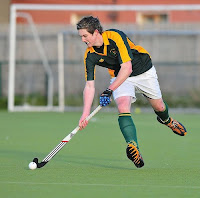 The delayed U-21 interprovincial series gets into gear this weekend at Grange Road with Niall Denham’s Leinster men’s side showing one change to the initial panel.

Railway Union’s Mark English comes into the panel in place of the injured Brian Doherty for the tournament which has been reduced to a one-day, blitz style competition with each match reduced to 30 minutes each way.

It means YMCA’s Australian-born drag-flicker Jacob Webber may be the main threat from corners, especially in combination with team-mate David Robinson at the set-piece.

Ulster look the strongest outfit on paper, captained by Cookstown schoolboy and Irish international David Ames while Peter Caruth has been racking the goals up in his recent stints with Ireland and the A international outfit. Capped players Jason Lynch and Colin Donaldson are also included.

In the women’s competition – being played in its original format – Ulster once again look the dominant force. They smashed alcomers last year and have talent to burn once more. Six full internationals line out – including Loreto’s Lizzie Colvin – as well Ireland A goalkeeper Helen Stevenson.

Hermes’ Shelley Sloan is also included as well as UCD full-back Laura Wilson. She joins a large contingent from Belfield with five team mates in the Leinster squad and one in both the Connacht and South East set-ups. Given the club’s recent busy run in league and cup competition, they will not be short of match practice.
Glenanne’s Nicci Daly is also included, having to forego Dublin ladies footballers National League semi-final against Cork in Semple Stadium on Saturday to play for Leinster. Alex schoolgirl Hayley O’Donnell is another notable inclusion, given her brother Shane’s inclusion in the men’s panel.
Connacht select seven members of the Greenfields side who won the league for the first time in 15 years a couple of weeks ago. Trinity’s Irene Gorman will play having already starred in the U-18 tournament earlier this season.
The junior interpros, meanwhile take place in Jordanstown. The Leinster women will not travel, however, as the fixture backlog caused by the bad weather in February and March made finding an available space for an open trial and training sessions proved impossible.