Royal School, Armagh retained the Kate Russell All-Ireland school’s competition beating Leinster champions Loreto, Beaufort. Irish international Amy Stewart was the driving force, scoring twice with Anna Mae Morton getting the first goal of the game. Zara Delaney – who was voted player of the tournament – got one back for Loreto. Laurel Hill came […]

It will be an All-Ulster ISC final as Railway and Loreto both fell at the semi-final stage. Pegasus look well set to retain their title after an emphatic 5-2 win over the Beaufort side with a quartet of international experience getting on the score-sheet – Suzanne Beaney, Claire McMahon, Arlene Boyles and Alex Speers on […]

St Andrew’s girls, inspired by under-16 international duo Chloe Watkins and Gillian Pinder, claimed the league and cup double as they beat Alexandra 3-1 in the Junior Cup final last Friday. Watkins opened the scoring with a virtuoso goal, breaking from the half-way, beating two players before coolly sliding the ball home. Pinder, who won […]

*Aertel changed its hockey results page from 218 to page 248 *Just to plug some of my own work but the Gazette will have pictures and match reports from this week’s Girls Schools Senior Cup final and last Thursday’s Monkstown against Fingal match. Papers are available from Wednesday afternoon in Dundrum, Dun Laoghaire, Clondalkin, Blanch, […]

Loreto, Beaufort won their first Senior Cup in 26 years, taking the trophy off the hands of Alexandra in dramatic style. Alex took the lead after a strong opening, Chloe McDermott getting on the end of a short corner. But Zara Delaney created the chance for Beaufort to get back on level terms, driving through […] 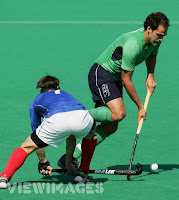 After last week’s Interpros and the International player’s return to domestic action, its making for a massive weekend of hockey in Leinster. Sunday sees the Mills Cup double-header at Whitechurch Park with Fingal against Pembroke and Glenanne with the chance to gain revenge for their 3-2 reverse before Christmas against Rovers. Graham Shaw, Stephen Butler […]

The under 18 boys completed their three match with England honours even with a win, draw and a loss. On Thursday they nabbed a 5-4 win with Corinthian duo Davy Carson and Brian Doherty nabbing two goals apiece. Earlier today, they had another thriller at Belfield, drawing 3-3, Doherty scoring his fourth and fifth goals […]

Boys U-16: Ireland 4 England 4The U-16s came back from a 4-1 deficit to draw their opening encounter with England at Belfield. They took the initial lead in the fourth minute through Philip Doyle’s penalty corner. England, though, responded three minutes later to equalise before building commanding lead. But Ireland were not content to sit […]

The IHA today announced a new sponsorship deal with KPMG which sees them sign up as a Corporate Champion as part of the Athlete Support Program (ASPIRE) to directly support both the men’s and women’s Irish senior hockey teams. KPMG will directly fund the two teams enabling them to commit to the national training programs […]

Corinthian 2 (Garth Ancher, Robbie Byrnes) Pembroke 2 (Alan Sothern 2) In Pembroke’s first major test without their international quartet, they came up against a rejuvenated Corinthian side who were unlucky not to win the game in the end. Pembroke dropped their first points of the season and, at times, looked overly complacent. They led […]

Ireland 0 Spain 2 Ireland lost the second of their two preparatory matches against Spain following yesterday’s draw in Terassa The hosts started the game looking to make a point and restore some pride scoring in only the fifth minute of play, when Ireland’s defence were left stranded from a quick free which Comerma latched […] 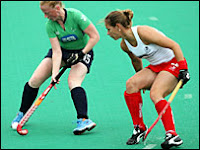 Ireland 1 (Cathy McKean) Spain 1Holly Moffet made her senior international debut as Ireland’s build-up to the Olympic Qualification tournament continues in Terassa, Spain. After the game Coach Muller was a little disappointed not to secure the victory “We played well as a team today, and I felt we deserved more than the tie. We […]

Two goals in each half announced Hermes intentions in the title chase. They remain the only unbeaten side apart from leaders Pembroke and are probably the least affected team by the loss of international players. The difference between the sides was their close finishing, taking their half-chances. They are four points off the pace Pembroke […] 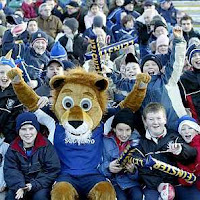 Team Leinster – what do you think?

With 17,000 regularly turning up for Heineken Cup matches in the RDS where barely 700 turned out 15 years ago for the Leinster rugby team, it is tempting to envisage what life would be like for an equivalent hockey “Team Leinster” for European competition. The amount of comments about Noel Keogh’s recent squad selection for […]

The Leinster Indoor league returns this weekend to the National Basketball Arena following its rejuvenation in 2007 with Pembroke looking to retain the title they won for the first time last season. They will have a major job to keep the title as last year’s cup winners Three Rock Rovers, last year’s defeated finalists Corinthian […]

After an intense ten day trip to South Africa the Irish women continue their training programme in pursuit of qualification for Beijing through the Olympic Qualifying Tournament next April 26 – May 4. Between now and the Tournament in Canada Ireland will play matches against Spain, New Zealand, China, Great Britain and France. Ireland’s next […]

Metchette to represent Ireland at Olympics

Continuing the strong tradition of Irish umpiring, Carole Metchette was today notified of her appointment to the Beijing Olympics, 2008. This is the first time Ireland has ever had a female hockey umpire appointed to the Olympics. Dublin born Metchette had a good introduction to hockey when she attended Wesley College where she won the […]

Ulster totally dominated the women’s U21 Interpros scoring a massive 32 goals without conceding in their four games. They comfortably won the deciding encounter with Leinster 7-0 on Sunday afternoon to claim the title. Megan Frazer banged in the goals over the weekend, scoring a massive nine goals while Irish international Alex Speers was on […]

The Leinster under 21 squad has reported a full bill of health ahead of their interprovincial tournament this weekend with Stu Loughrey available to play despite few stitches. To see the full squad, click here. The tournament is expected to be a high quality one, with Leinster having three full internationals in the squad while […]