John McInroy has been confirmed today as UCD’s player-coach for the 2009/10 coming season, making the switch after a successful season with Corinthian, winning the Mills Cup and obtaining an IHL place. McInroy’s move comes as the men’s club look to emulate the achievements of the UCD women’s setup with UCD Director of Sport Brian […]

A second win in two days over Wales saw Ireland pick up the Glendwyr Cup for their troubles in Wrexham but more importantly for Paul Revington’s side they were more effective in front of goal, racking up a 3-1 win. Once again, they dominated possession in the early phases, taking the lead through John Jermyn’s […] 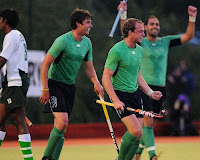 Timmy Cockram’s (pictured) 50th minute goal was enough to give Ireland a 1-0 win over Wales in Wrexham this afternoon in terrbile conditions in a scrappy and bitty game. The Garvey man netted from a corner switch while David Harte pulled off a series in the closing phases to ensure the clean-sheet and the win. […]

Cookstown will turn the sod on June 15 on their brand new water-based hockey pitch in Coolnafranky, bringing to fruition four years of work behind the scenes. The £900k project will be the first FIH accredited water-based pitch west of the River Bann in Ulster and will be installed in addition to the club’s current […]

* Former Irish international Linda Caulfield and IHA Hall of Famer Johnny Cole are among a high quality line-up of coaches for the two ‘Genesis Talent Coaching Clinics‘ running later this month. The clinics are designed for proficient hockey players, aged between 16 and 19, with spaces limited to 20 players to ensure a coach […]

Maguire to play with Leuven

Phelie Maguire will clock up a fifth club in four different countries next season as he agreed a two-year deal yesterday to play with Belgian runners-up and EHL semi-finalists KHC Leuven. Maguire has previously had stints in Australia with Fremantle and in Holland with HGC as well as playing senior hockey for both Three Rock […] 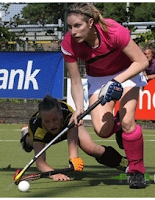 Hermes were shocked by Italian side Mori Villafranca 2-0 in the final of the EuroHockey Club Champion’s Trophy in Wettingen yesterday, as they let slip a series of decent early chances. It meant there was no fairytale ending for coach Colin Stewart who stepped down after the tournament following an incredible run of nine trophies […]

Hermes’ destiny is in their own hands as they smashed host club Rottweis Wettingen 9-0 in Switzerland today to head their EuroHockey Champion’s Trophy group on goal difference after two games. Former Irish international Linda Caulfield started the rout in the ninth minute with her first of four goals on the day and, from there, […]

Despite leading three times, Hermes were forced to settle for just a point in their opening EuroHockey Club Champions Trophy group match against Glasgow Western in Wettingen, Switzerland, drawing 3-3. The Booterstown club conceded with just three minutes to go, denying them a shock win against the pre-tournament favourites. In the face of a huge […]

* Continuing Ireland’s recent trend of supplying top umpires and officials to major competitions, a wealth of Irish whistle-blowers are involved in the various European competitions in action this weekend. Carol Metchette is in Den Bosch for the Women’s EuroHockey Club Champions Cup – and will also be involved at the Europeans in August – […]

Stewart aims to go out with a bang

Colin Stewart leads his Hermes’ side into action for the last time this weekend as he looks to cap a glittering four year spell with a tenth trophy. His team gets their EuroHockey Club Champion’s Trophy campaign underway this afternoon against Glasgow Western in Wettingen, Switzerland looking to maintain an incredible record in European competition […] 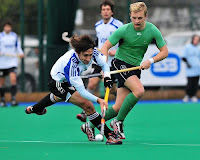 Ireland’s will get a feel for the conditions they will encounter in Wrexham in the Europeans as Paul Revington named his panel for a double-header at the venue next week. Speaking about the squad selected today, he said: “These games against Wales will provide our squad with another good opportunity to put training hours into […] 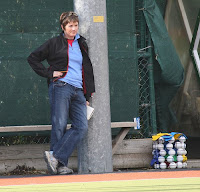 Logue names U-18 squad for Europeans

Irish U-18 coach Mary Logue announced her 18-player panel to travel to Nivelles in Belgium for the European Youth Nations Championships 2009 in early July. Speaking about the squad, Logue said: “Following difficult decisions, given the quality of players in the training panel, I am very pleased to announce the squad of 18. “The commitment […] 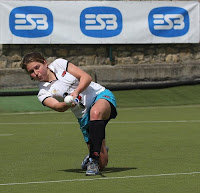 Magee and Clarke honoured by their peers

Eugene Magee and Emma Clarke received the top honours last Saturday night at the ESB Irish Hockey Awards as they were named the Player’s Player of the Year by their respective international team-mates. Leinster players won the rest of the individual awards with Rovers’ pairing Neil Lyons and Kyle Good taking the men’s Senior Club […]

Former Lisnagarvey player of the year Chris Gregg (pictured) looks set to appear at the Junior World Cup as he was this week named in the 18-man English squad to travel to Malaysia in June. The 20-year-old, who competed for Ireland up until U-18 level, is one of eight Loughborough students to make the English […] 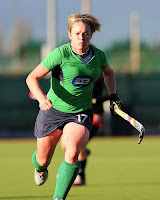 Gene Muller was left with much more to build on after the second of Ireland’s two-match series with Germany in Nurnberg. His side lost 4-2 but he was happier with the outcome, saying afterwards: “I am very pleased with our play today. We played with real conviction and it showed on the pitch. The German’s […] 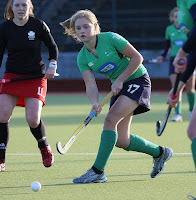 Ireland’s U-18 girls produced an incredible reversal of form to turn a 2-0 defeat on Friday into a 6-0 win over Scotland to share the two-match series with a win apiece. In the first game, Scotland, who will be aiming for promotion to division one of European competition in July, scored twice in a five […] 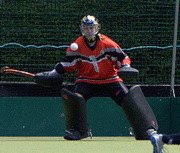 Ireland get measure of Euro challenge

Gene Muller’s Irish women’s team got a marker of what to expect from Germany ahead of their EuroHockey Nations Championships meeting in the group stages next August. Ireland fell to a 3-0 loss on Saturday to the Germans in Nurnberg as part of the country’s hockey federation’s centenary celebrations, a side they have been drawn […]

Cole to be inducted into Hall of Fame

Former Avoca and Trinity player Johnny Cole (pictured with the Dublin University side that won the Mauritius and Avoca cups in 1977) has been included among a group of four to be inducted into the Hall of Fame by the IHA at the ESB Hockey Awards to be held later his month. As one of […]

The FIH today released the match schedule for the Men’s Champions Challenge II, to be played in Dublin from July 6-12. Ireland will be in the showcase evening slot for their three group games against Chile, Japan and Poland on the Monday (7.45pm), Tuesday (8pm) and Thursday (7.45pm) respectively before going into the playoff series […]