How to become a Leinster Branch umpire…

In response to a recent query put to The Hook, the Leinster Hockey Umpire’s Association has laid out below the recruitment process to becoming an umpire. It is the same path that Ray O’Connor followed along with top current umpire Geoff Conn, leading to them travelling around the world, getting to see the action at […] 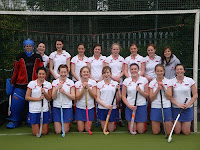 Monkstown II and Clontarf U-16 triumph

Monkstown II claimed the division three crown with a 4-3 win over Corinthian at Serpentine Avenue in a bizarre encounter last night which almost saw the reds recover from a four-goal deficit inside the last ten minutes. The Town hit the front thanks to Zac Dutton’s drag-flick early on before Corinthian saw a series of […]

His name may not appear in “Faster, Higher, Stronger” but Ray O’Connor can be regarded as one of Ireland’s most accomplished Olympic representatives. The umpire retires his whistle following Saturday’s meeting of Monkstown and Pembroke after 25 glittering years of umpiring which have seen Ray twice take charge of two Olympic finals – in Atlanta […] 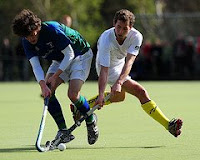 What initially promised to be a fraught afternoon of nervous texts and phone calls was made simple as Pembroke, Glenanne and Three Rock Rovers produced the results they needed to advance to the semi-finals of all-Ireland competition for the second year running with comprehensive wins over Annadale, Cookstown and Cork C of I. Pembroke had […] 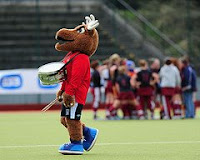 YMCA were Leinster’s big winners from the four Irish Hockey finals taking place at Belfield this weekend, winning their first ever national title in dramatic style. They ousted Fermoy in the weekend’s opening fixture – the ESB Irish Hockey Challenge – on penalty strokes, Aimee Powderly netting the crucial flick in a 2-1 win. Early […] 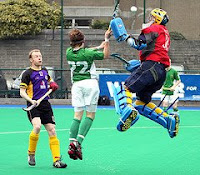 Pembroke repeated their All-Ireland Club Championships penalty stroke victory over Glenanne from the 2008 in a bizarre match at Serpentine Avenue to advance to the ISC final, adding yet another chapter to the intense rivalry between the teams. The sides cannot seem to produce a regular match and while the hockey, at times, may not […] 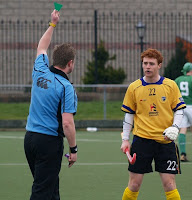 Last week’s “Ask Ray” feature received some quite healthy discussion. I got a few emails though who said the piece was only up a short while, especially with the amount of midweek hockey last week, and would like if it would be given a bit more prominence… so here is last week’s “Ask Ray”. Last […]

The Query: I have in recent weeks watched four men’s games in which the level of abuse hurled at the umpires was beyond belief. The abuse was both direct to them as to ” Whether they were watching the game” to foul-mouthed use of the F-word repeatedly, both at the umpires directly and to team […]

If you have a query for Ray about any umpiring situation, email me at stevie_findlats@yahoo.com. This week, one of the world’s top umpires explains the decision-making process concerning when a plyer tries to play the ball on the ground. The query“Are players aloud to play the ball when they are on the ground? Are there […] 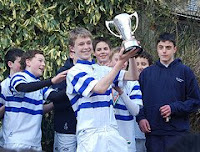 Wesley and St Andrew’s will contest tomorrow’s Senior schoolboy’s final after the Ballinteer school beat High School 4-1 on Monday afternoon. It means Wesley will have the major momentum going into the tie after four games in a week but may well feel the fatigue from their efforts with a number of players also involved […] 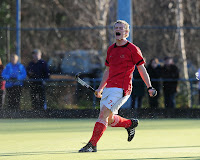 Farcical scenes at Grange Road today as the Mills Cup semi-finals were delayed by an hour and a half as a mix-up in communications left supporters, players and umpires frustrated. It will remain the enduring memory of the day where hockey and it’s promotion was the big loser on the day. Pembroke and Monkstown had […]

Wesley seniors finally managed to overcome Kilkenny yesterday afternoon in Ballinteer in their first round replay, a match originally due to be completed on January 14. The initial tie went to extra-time and a replay before the cold snap saw pitches snowed under. It means Wesley have to now cram in four games in a […]

After a great response to last week’s ‘Ask Ray O’Connor’ piece, Ray is back, this time to deal with shots raised at goal: The Query “There was a powerfully struck shot on the penalty spot which went over the logged [I assume this means, a GK lying on the ground] keeper and was clearly goalward […] 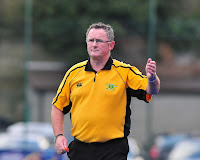 As regular readers and commenters may know, The Hook barely entertains comments complaining about umpires and their decisions. However, in an effort to aid players and spectators to get a better understanding of the game, The Hook has enlisted the help of one of the world’s great hockey umpires, Ray O’Connor, to answer your queries. […]

* Ray O’Connor has been appointed as umpires manager to the 18th Sultan Azlan Shah Cup, due to be played in Ipoh, Malaysia from April 3-12, 2009. The tournament sees Egypt, India, Malaysia, New Zealand and Pakistan compete with two more teams to be confirmed. * Monday night’s scheduled fixture between UCD and Bray in […]

In a statement issued this afternoon, the IHL Administration Committee upheld the original decision, made on December 1, 2008, to rearrange the fixture between Cookstown and Annadale in its entirety. The IHL match between the sides was originally abandoned after the umpires declared the Coolnafranky pitch unsafe to continue, with Annadale leading 4-1 at the […]

Clontarf 3 (Luke Hayden, Rob Abbott, Derek Ledwidge) Bray 2 (Simon Cox 2)Derek Ledwidge’s first goal for Clontarf grabbed all three points as they faced their toughest challenge to date this term. Early on, Simon Cox had Bray in front amid very stormy conditions at the Bullring before Luke Hayden (pictured) responded from a short […] 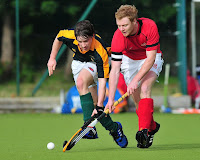 While many other sports are winding down for the year, the majority of men’s senior hockey teams have double weekends coming up. In divison one, Corinthian and Fingal looks the most enticing prospect – especially considering the airport-side’s amazing recovery from a 3-1 half-time deficit earlier this term to win 5-3. Corinthian look a decent […] 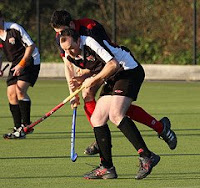 Navan’s Simon Clarke confirmed to The Hook this evening that his club were forced to concede their game with Clontarf from last Saturday in increasingly farcical circumstances as the Meath club were unable to field a team tonight. The game was initially abandoned last Saturday when the umpires deemed the pitch at Mount Temple unplayable […]