Monkstown’s back-to-back victories this week offered a glimmer of hope that they could reopen the women’s Leinster Division One title race with wins over Corinthian and Clontarf.

The former saw them do what no one else has in a league context this season as they raided Whitechurch Park to win 2-0 over the reds.

The breakthrough came from a direct ball from the right-hand side towards Rachel Moore who controlled it with her back to goal and fired the ball into the bottom corner.

Jen Hamill had a great game for Town, pulling the strings in midfield, while Sarah Greene and Rosie Corrigan were composed and controlling at the back. 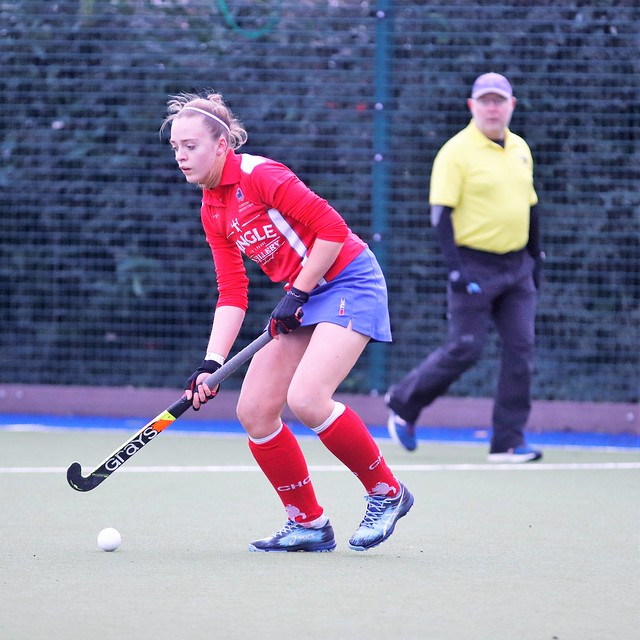 And they put some distance between the teams 10 minutes from time when Claire O’Reilly and Emily Kealy combined with a lovely one two on the baseline which was smartly finished by O’reilly from close range – her tenth goal of the season.

On Saturday, it was slightly easier as they won 7-0 against Tarf. Claire Byrne got the ball rolling on the 45 from Rachel Moore’s pull-back in the fourth minute. Sarah Greene’s corner hit and Rosie Carrigan’s stroke made it 3-0 at quarter-time.

Sophie Moore slide in for a fourth before half-time and further goals in the second half arrived from O’Reilly (two) and Kealy. Town have another big game on the cards on Wednesday when they face third placed Trinity.

They ended the week five points back from Corinthian who bounced back from their first defeat with a 6-0 success away to Genesis.

The first was scored in the ninth minute by Sophie Maleady following some excellent individual play by Jodie Douglas. The second followed soon after when Sara Quill’s shot deflected in off the goalie.

Lauren McGrane’s great tackle laid the base for an attack which Douglas scored from for 3-0 in the 15th minute. The creator then got in on the act with a fourth before half-time and Amber Kinlan and Douglas added a few more in the second half.

The tie also featured a clean sheet for regular striker Jessica McGrane who stepped in between the posts.

Glenanne continue to tip along at a good pace in fourth spot after their seventh win of the season, a 2-1 success against Rathgar. Sonja Rynhart scorned their first from a great strike from the top of the circle in the first quarter.

Rachel O’Brien got the next from the penalty spot after some good work from Aoife Gill in the circle gave O’Brien a shot on an open goal but drew a foot on the line instead.

Glenanne had a number of chances after that but failed to convert with Clare Shillington going inches wide of the post twice. Rathgar earned a corner in the first minute of the fourth quarter which Holly Beverland scored from but the Glens held on for their win.

North Kildare advanced to the final four of the Irish Hockey Trophy via a shoot-out against Division 3 side Kilkenny. Next on their agenda is a semi-final at The Maws against Poradown while Armagh meet Lisnagarvey.