David Hobbs’ late penalty corner rebound eked out a narrow 1-0 win for Cork C of I at Instonians to earn the Garryuff side a three-point lead at the top of Pool A of the men’s EYHL Division 2.

In a hard-fought contest, Inst had their chances but C of I took the all-important one to back up their opening win over Railway Union. Railway, meanwhile, showed a clean pair of heels to Avoca as Michael McKenzie was in inspired form for the Sandymount side.

Captain Jack McKeever built a 2-0 lead and further strikes from Hugo Heisterkamp and Daragh Curley had them well clear before Richard Couse got one back. Nonetheless, Railway won out 6-1.

In Pool B, it was honours-even all round as Cookstown snatched a late equaliser at Clontarf for a 3-3 tie and Kilkeel and Cork Harlequins shared the points with a 2-2 result.

At Mount Temple, Luke Hayden opened the scoring with a cracking openside shot into the bottom corner. Stu Smyth levelled for Cookstown with a shot to the top corner and they looked well placed to move further ahead but for a series of David Lawless saves.

John Mullins’s reverse put Tarf 2-1 at half-time but Smyth replied in kind with a bottom corner finish of his own after the break. Mullins had the Bulls in front for a third time when he converted a penalty stroke he won himself before Cookstown nicked the draw on the final whistle when Jack Haycock whipped in a great drag-flick.

The result leaves Cookstown on six points, level with Cork Harlequins while Kilkeel and Clontarf – who meet on November 30 – are both on three points.

In Leinster, Rathgar made it four wins from five thus far as they netted three second half goals to defeat Bray 3-0.

It was a tight first half with it all square at 0-0. Davìd Meade opened the scoring with a slick touch. Declan Ashley doubled the lead within five minutes and he finished off the win in the fourth quarter. 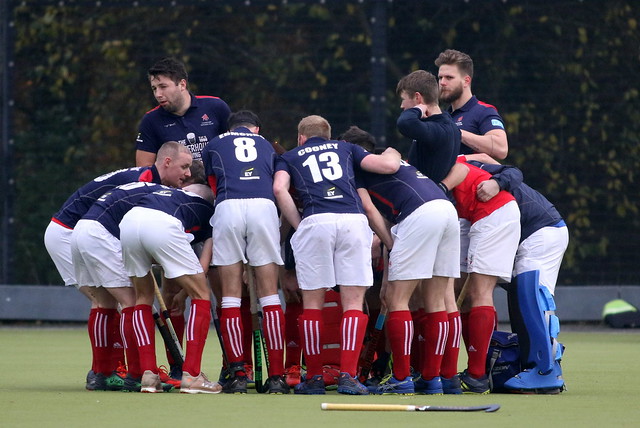 Kilkenny came from a goal down to beat Dublin North 3-1. Eoin O’Neill had given the NSC side the lead but David McClure and Henry Huston soon turned the tide.

Railway can move top on their own should they win their tie with Dublin University on Tuesday evening.