Big guns Railway Union and Loreto both got over potential banana skins in midweek to be the first sides to reach the last eight of the Jacqui Potter Cup with the next six ties taking place on Saturday.

Railway scored four times in the second half to beat Three Rock Rovers 4-0, the EYHL side getting over a sticky first half against the Leinster Division 2 outfit. 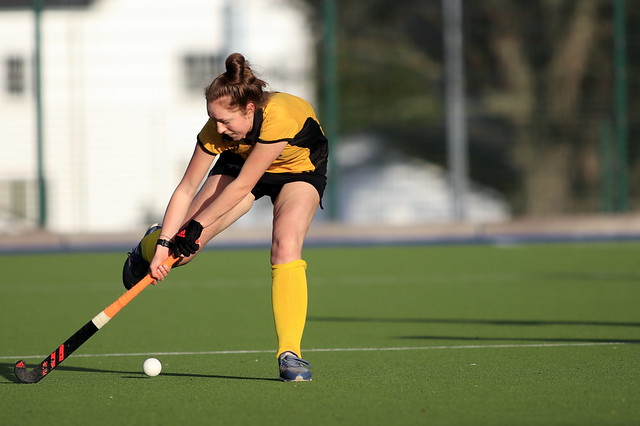 Isobel Joyce deflected in a corner to set the ball rolling with her twin sister touching home from Zara Delany’s intervention on a Lily Lloyd reverse-stick cross-shot.

Delany whipped in a cracking first time shot to the top corner after Kate McKenna’s good run before Kate Orr completed the win with a drag-flick from a corner.

Loreto knocked out the Railway II on Thursday night with a 4-1 success despite the absence of several front-line players, either with the senior Irish team in Chile or the Under-21s in Spain.

Sara Twomey put them one up; Aisling Murray’s reverse made it two and Jessica Meeke added the third. Jessica McGirr made it 4-0 before Railway got their consolation.

Round two follows hot on the heels of an eventful round one with plenty of drama. Our Lady’s got their first result of the season when they knocked out Avoca – Aoife Kelly cancelled out Molly Cole’s goal for 1-1 in normal time and they went on to win the shoot-out 3-0.

Pembroke II were another to win a shoot-out, eliminating Monkstown after another 1-1 draw. Amber Barnwell had Town ahead in the 27th minute via a corner drag but an Elaine Thompson set-piece flick tied the game up and the Division 2 side won the shoot-out 3-2. Our Lady’s face Pembroke II in round two as a result.

Old Alex II set up a date with UCD thanks to a shoot-out win over Clontarf. The Milltown side from Division 2, though, could potentially be lining up a big performance over their illustrious opponents who will take the field without Lena Tice and Bethany Barr as well as seven Irish Under-21s in Alicante.