Banbridge and Three Rock Rovers moved into the top two spots in midweek with their hard-fought wins over Annadale and Monkstown, respectively, ahead of a big weekend in the men’s EY Hockey League.

For Bann, they went briefly four points clear at the top of the table courtesy of a 2-1 away win against Annadale – brought forward from November 3 – as they came from a goal down.

Annadale’s Ryan Burgess scored a penalty corner after 33 minutes following a number of missed chances by Banbridge. However, within two minutes, Fraser Mills scored to make it even at half time.

Johnny McKee scored the winner from a corner switch in the last quarter to secure full points. Dale tried hard but could not break down the Banbridge defence with Bruce McCandless having an outstanding game.

A day later, Rovers won their back match against Monkstown – making it five wins in succession in the EYHL for Three Rock against their Dublin rivals – as they withstood a late onslaught at Rathdown to prevail 3-2.

It was a high quality encounter, played at great pace throughout. Jody Hosking scored inside two minutes as the visitors made a strong start only for Town to boss the second quarter with Guy Sarratt levelling and Davy Carson grabbed a second in the 24th minute following good play with Andrew Ward.

The game turned, though, in the minutes either side of half-time. Luke Madeley’s cross was finished off by John Mullins for 2-2 in the seconds before the break.

Within a minute of the restart, Mitch Darling fired into the backboard for 3-2 and that was how it remained as Monkstown spent the majority of the last quarter pressing for an equaliser that never came.

It lifts Rovers to nine points, within three of Banbridge ahead of a big weekend in the competition with the former meeting Glenanne on Saturday and Bann facing Monkstown on Sunday.

The four meetings of Glenanne and Three Rock Rovers last season provided the defining moments as the former won the EY Hockey League while Rovers landed the Irish Senior Cup and Champions Trophy.

As such, Saturday’s showdown at St Andrew’s is the first of another potentially epic series with both hinting they can reach the heights once again.

Their 5-2 win over Rovers at the same venue featured some of the best hockey since the inception of the new national division. The Rathfarnham club bounced back to win by a similar scoreline a few weeks later in the cup, another spectacular battle with lots of late goals.

The Glens play an attractive brand of counter hockey and they are coping with the departure of Shane O’Donoghue with the arrival of fine additions like South African Brad Venter, German Cedric Jakobi and Jonny McCormack. 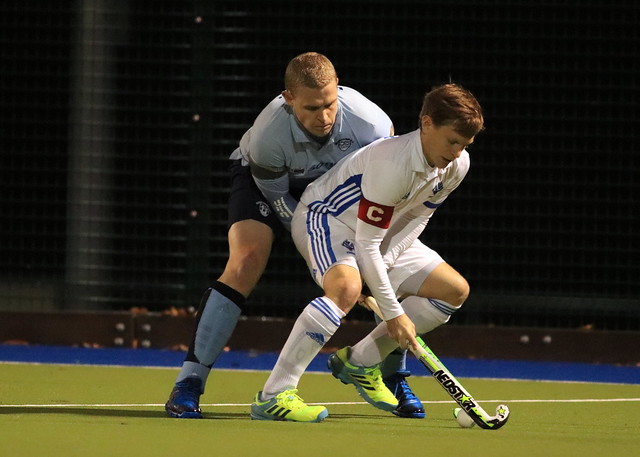 Rovers, meanwhile, have a settled side with Scottish under 21 international Jack McAllister and Mark English slotting in well. Darling has been approaching his Olympic form since returning to the Irish setup full-time after a break while Daragh Walsh has been the star man in midfield.

For Annadale and Cookstown, they face an important date in their Ulster derby. Dale have perhaps been frustrated not to get more from close run ties against Bann and Glenanne, suggesting they could do some more damage.

Cookstown, meanwhile, have picked up four points in between two heavy defeats.

“After the 2-2 draw against Glenanne the week before I thought we were moving in the right direction,” said Cookstown defender Daniel Crooks.

“We actually played some decent stuff in the first half against Monkstown, but then fell away significantly and made some silly errors in the second half. Monkstown made sure to punish those mistakes.

“We have the perfect chance to right those wrongs this week against Annadale but we can’t let our standards drop even an inch. It will cost us again.

“Annadale had their match away to Cork cancelled last weekend so they will be fresh and ready to go. We’ll need to be at our very best to get anything out of this game.”

Cork C of I travel to Dublin to meet several former team mates when they take on Pembroke at Serpentine Avenue.

Richard Lynch, Richard Sweetnam, Stephen Sweetnam, and Greg Chambers are all in their line-up while Patrick Shanahan and Scott Sullivan are other Munster men in the Dubliners’ squad.

It means more of Pembroke’s players have come through C of I’s youth system than their own. C of I are hoping John Jermyn to come back from injury sooner rather than later to give them an extra threat from corners and dynamism in midfield.

YMCA will be hoping they can get their first win when they host Lisnagarvey at Wesley. The Y do have potency from set-pieces with Grant Glutz continuing where he left off last season.

Garvey are on the road to Dublin 14 for the second time in a week, looking to make amends for their loss to Three Rock. James Lorimer has stepped up into midfield with Matthew Nelson dropping deeper at times to bolster the middle to adjust to the absence of Sean Murray this term.

Elsewhere, round two of the Irish Senior Cup sees plenty of well-matched ties. Railway Union meet Corinthian for the third and fourth time already this term. Railway won 3-1 in the Leinster league; the reds won 2-1 in the Neville Cup.

They are also scheduled to meet in the first round of the Mills Cup on Sunday with the season scarcely a month old.

Elsewhere in the ISC, Bandon head up to the Down coastline for the second time in seven days, this time heading to Kilkeel while Clontarf host Mossley and Kilkenny play Dublin University.

One Leinster league game survives amid all the cup games; Rathgar face Avoca in High School. In Munster, Waterford play their first game in Division One in 12 years and will hope to make an impact against UCC. David Quinn is a strong addition from Pembroke while Czech Republic’s Tomas Holub will help guide their quartet of underage internationals.