Indeed, the closest tie of the round ended up being between Trinity and Lisnagarvey with Evie McCullough slotting the only goal of the game in a 1-0 victory for the students.

It was a classy effort from a tight angle. They had to soak up pressure from there on from Garvey but prevailed to take up their place in the next round of the competition. 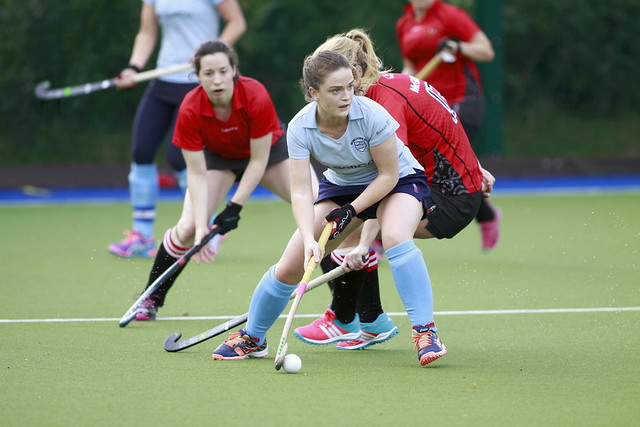 Otherwise, big scores were the order of the day. For the Ulster Elks, their two-year reign came to an end in ignominious fashion, falling 7-0 on home turf to Railway Union. Niamh Carey and Emma Smyth both scored doubles while Cecelia Joyce, Zara Delany and Sinead Dooley all on the mark.

Chloe Brown and Lucy McKee also hit trebles as Ards continued their rise after a tricky start to the campaign, beating Leinster Division One side Muckross 6-1 at Londonderry Park.

Cork Harlequins got the better of UCC 3-0. Olivia Roycroft scored from the penalty spot to start the scoring before Rebecca Barry swooped to steal an attempted clearance, her first touch putting her through one on one where she coolly flicked in. Naomi Carroll completed the victory in the second half.

Loreto were 4-1 victors at Dungannon, moving into a 2-0 lead before Laura White got the hosts on the board, but the Beaufort side pulled away with another couple – Ali Meeke, Sarah Evans, Niamh Small and Hannah Matthews netting.
Belfast Harlequins went through without having to lift a stick as Limerick scratched their tie, meaning nine EYHL sides will be in the second round draw.