He roofed his effort to claim the tie 2-1 at Grange Road but they were made to work throughout by the Rathgar school who held sway for long periods with Peter Lynch and Alex O’Regan to the fore.

Andrew’s captain Ben Walker had given his side the lead with only a couple of minutes on the clock before Lynch slammed home an equaliser in the 10th minute.

From there, High School made most of the play but perceived ill-discipline saw a free-in upgraded to a penalty corner in the dying phases. The first effort was well blocked but a follow up corner was awarded and Arrowsmith raised the roof.

Earlier in the day, Wesley College won the Under-13 cup crown with a 5-4 win over St Andrew’s in a penalty shoot-out in the seventh round of strokes. End-to-end normal time had seen the sides be inseparable at 0-0 despite a flurry of chances at each end. 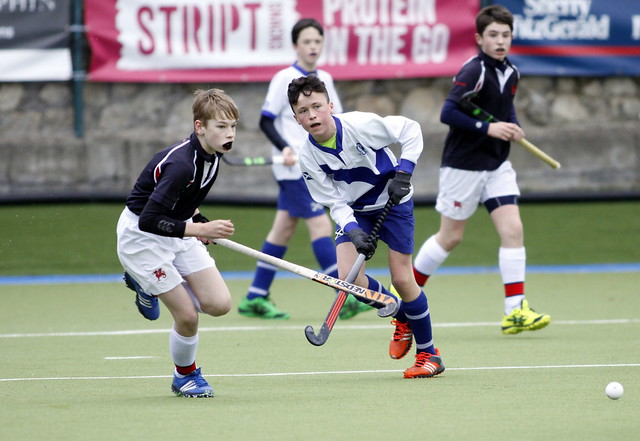