Chloe Brown inspired Ards to the shock of the women’s Irish Senior Cup as they set up an all-Ulster final on March 20, getting the better of Hermes on penalty strokes in Booterstown, earning a place in the decider against reigning champions Ulster Elks.

It means they will play in the final for the first time since their 1964 success when they saw off Old Ursuline’s. For Hermes, it was a second defeat in six days in a shoot-out as they remain unbeaten in normal times in all competitions but were undone by a smash and grab comeback from Ards.

Hermes were 2-0 up inside 12 minutes with Anna O’Flanagan on the mark both time, the second from a lovely through ball from Sinead Loughran. But, thereafter, they could not find the goal again despite 34 circle penetrations while Ards grew in confidence. 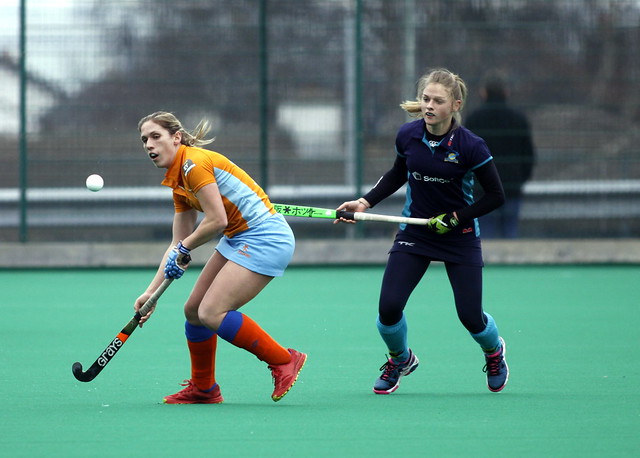 They got back into the tie when Brown broke down the left and eventually picked out Amy Benson at the right post to reduce the gap. The diminutive playmaker then tied the game up when she picked up the ball on the 23m line, drove left into the circle and crashed home a reverse-stick shot.

Tamara Macleod, Becky Weir and Kerry Harvey before Naomi McKnight saved in round five. It suitably left the chance to win it to Brown and she duly nailed it, keeping alive their hopes of just a third Irish Senior Cup title.

At Jordanstown, Ulster Elks produced a second strong win over UCD in a week as they made it back to back finals for the first time in their history as they look to make it two wins in succession.

Gemma Frazer opened the scoring in the 13th minute when she netted from the first corner of the game from the injection spot for a 1-0 lead. Chloe Mitchell’s strike into the bottom corner made it two in the 20th minute before Megan Frazer furthered the lead to 3-0 a couple of minutes later. She picked up the pieces in the circle and struck home on her backhand.

Frazer made it 4-0 in the 50th minute to finish off the victory. UCD rallied with two goals in the closing 11 minutes with Kate Lloyd getting one back before Sorcha Clarke nabbed another from a corner but they ultimately fell to a 4-2 success.

Garvey come back from the dead to deny Rovers; Town ease past Glens
Cookstown and Dale draw in key relegation tie