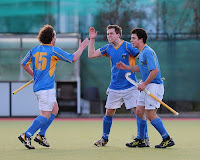 * This season’s men’s Leinster senior hockey action this Saturday with the first round of the Neville Cup. Here’s the fixtures:

A full preview of Saturday’s fixtures will appear tomorrow afternoon.

* Loreto HC are looking to fill a few junior coaching positions for ladies 3rd to 6th XI teams. If you are interested in taking on the role, contact Cara Taaffe at dctaaffe@eircom.net, or 086 343 2922. Training for these teams takes place on Thursday nights in Beaufort.

* Munster’s annual coaching conference takes place this Saturday in Harlequins Hockey Club on from 9am to 5pm. The day will include presentations and four on-pitch sessions from some of Ireland ‘s top coaches: 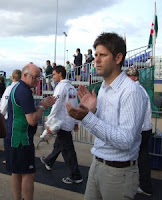 Registration is required as places are limited – attendees are asked to email their details to munstercoaching@gmail.com to reserve a place.

* Geoff Conn, following excellent performances at the EuroHockey Nations Challenge I, has been promoted to the Promising Umpires List by the FIH Umpiring Committee.

Carol Metchette has been assigned to the pool of Umpires for the Women’s World Cup Qualifiers, which are due to be played in Santiago (CHI) and two as yet unidentified venues during the February – April 2010 period.

Also, Warren McCully has been appointed to the Umpires panel at the Men’s World Cup Qualifier, due to be played in Invercargill (NZL) from November 7-15, 2009.