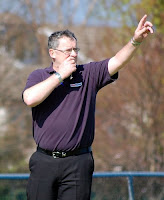 In a slight variation on the regular ‘Ask Ray…’ feature, this time The Hook sought out Ray O’Connor’s thoughts on the IHL finals weekend due to his duel-capacity as the tournament’s technical advisor as well as being part of the IHL’s organising committee.

Speaking about the event as a whole, Ray felt the tournament provided a memorable send-off to a ground-breaking year.

“We came here looking to put on a show that sold the year off greatly which I think we did personally. Everyone else did too, by and large. We had gripes about little things but people got value for money.”

Speaking about the decision to use of a club’s ground like Grange Road rather than the National Hockey Stadium in UCD, O’Connor felt the ground lends itself better to Family type atmosphere:

“It is definitely the venue. At Rovers, I’d say there’s no spectator further than ten metres from the sideline. If you go to the top of the concrete stand at UCD behind the goal you have to be 35 to 50 metres away. That’s where it falls out. It’s for that reason because it’s a relatively small venue but the spectators are totally involved.”

The bonus was also felt from a television perspective due to the availability of the TV tower and Setanta’s experience of the venue from the All-Ireland school’s competitions.

As for running the men’s and women’s tournaments in tandem, the quality of hockey on show helped make this a much smoother proposition than can be the case.

“It can often be difficult to put a ladies and men’s competition on together because of the pace but the ladies final stood up to any competition from the men. Having just come back from the Olympic Games with men and women’s games going on, we’ve had world cups in the past and the Europeans last year.

“Very often both sides don’t match each other from a spectator’s perspective. The ladies final stayed with the spectator level of the men. The game flowed, that’s a compliment to the players and the umpires. It was a great spectacle. If you were a partisan supporter, you got great value as it was kept exciting to the end.

“The penalty shoot-out was good, it was the first time in the world of hockey that women had ever played this before so obviously teams had put their homework in to doing it.

“Certainly on the ladies side, there was some of the best umpiring I have seen. During the goal/no goal situtation there was some good, old-fashioned umpiring where the two worked together for the betterment of the game and came out with right result.” 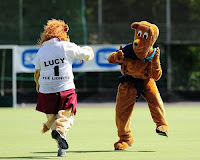 Reflecting on the men’s competition, O’Connor believes the standard of hockey was some of the highest seen in Ireland.

“It was absolutely superb for anybody who loves hockey. I thought the umpiring over the weekend was very good. In the Glenanne-Banbridge match, the concentration of the umpires was excellent because there was so much going on of which they were not in control of.

“If you watch the game closely, there was no controversy between the players with everything that was going on around them. They kept the game going despite all the distractions of the clock working and not working in sequence and not in sequence.

“My opinion of the Rovers-Pembroke game was it was a little too tactical. It appeared to be like two coaches having a go rather than the players having a go. It reminded me of a Germany-Holland game, a technical game.

“The final was one of the highest quality games of hockey I’ve seen in Ireland for a long, long time; certainly at club level. The skill levels on display were excellent and, right to the final whistle; the umpires felt the atmosphere of the game.

“I think the green card contributed greatly to the management of the game which really added a punishment but not a huge punishment.

“The disappointing thing for me was how the penalty shoot-out on the men’s side worked out. I think the pitch should have been kept clear so the spectators could still enjoy the shoot-out. That was disappointing for presentation purposes. From the technical point of view, the officials got it right in the end even though they didn’t get there the right way. It all looked too controversial but technically they got it right as per the rules.

“But we had a feast of hockey, the weather absolutely contributed but it just goes to show what we can do in Ireland with a lot of people working together and with the right frame of mind.

“Roll on next year and let’s make it bigger and better!”