Kilkenny III beat UCD III to the punch in a second successive competition to claim the last outstanding men’s Leinster league title – division eight – thanks to their 2-1 win over Wicklow.

UCD were unable to get the win they needed on the grass against St Brendan’s/Phoenix Park III to lose out by two points. It completed a productive Saturday for the Cats as their seconds look like they might produce the most unlikely of escapes from the drop in division four. 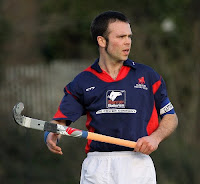 to tenth in the 13 team division and with Railway Union III and Portrane still to play in the run-in, may yet remain clear of the bottom two.

Meanwhile, Clontarf and Dublin University have agreed a glamour date for their Neville Davin final. The pair will face off in front of the newly erected stand at Grange Road next Saturday evening directly after the Pembroke and Three Rock IHL semi-final at 7pm.

The final two Leinster cups of the season will be contested in the next week on with Glenanne going for the Walters/Galtrim double. They play UCD in the former on Friday night in Pembroke at 8.15pm and St James Gate in the latter on Tuesday, May 5 at 7.15pm – again in Pembroke.