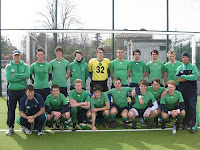 Ireland A ended their three game series with a lively 5-5 draw against Belgium at the first international fixture to take place on the new Alexandra College water-based pitch on Thursday afternoon. 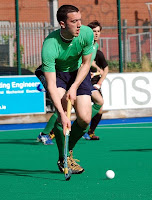 right side of the circle. His effort was initially blocked but Gareth Watkns nailed the rebound for a 4-3 half-time lead.

Dave Fitzgerald pulled off a great save from a corner to deny Belgium a leveller in the 42nd minute but a fast break soon after made it 4-4, quickly followed by their fifth from an attack down the left.

But, with five minutes left, Johnny Jackson did the spade work for Caruth and he showed superb composure in the circle and scored a hatrick for 5-5.
Three Rock renew rivalries with KHC Leuven
Women's International: Ireland 0 England 1