Leinster schools kingpins Wesley and St Andrews remain in contention in each of the boy’s school’s Cup competitions so far after a couple of rounds.

In the first round, Wesley’s seniors had the toughest test thus far with an impressive Kilkenny outfit within seconds of a famous win. Their subsequent replay last Wednesday was postponed due to snow in the Dublin mountain’s foothills and so is currently set for next week. The winner advances, to meet John Scottus.
St Andrew’s, meanwhile, have made it into the final four with wins over St Columba’s and Sandford Park. They will play the winners of King’s Hospital and Newpark, victors over Andrew Shekleton’s Dundalk Grammar – a second round tie that succumbed to the weather, too, last Wednesday.
In the junior competition, High School and Kilkenny’s had respective wins over St Mark’s and John Scottus. The Rathgar school is due to play Wesley next Wednesday while the Cats travel to North Dublin to face Sutton.
In the bottom half of the Junior draw, Mount Temple beat Newpark to set up a tie with Sandford Park while Columba’s will play St Andrew’s in the last eight after a good win over Dundalk.
The minor draw sees second round ties between Wesley and St Killians, Newpark versus John Scottus or St Mark’s and Sutton Park and Mount Temple in the last eight. St Andrew’s, however, have been forced to a replay by KH. 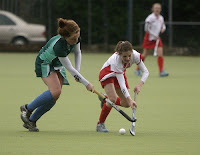 Finally, the U-13 draw has seen Wesley beat Mount Temple and Dundalk to reach the last four. Sutton play St Killian’s on Tuesday for the right to play them.

Following Kilkenny’s win over John Scottus, they play Sandford Park on Monday. Newpark, meanwhile, set up a coastal derby with St Andrew’s with a win over High School.
On the girl’s side, the junior title will be up for decision next Thursday with Alex looking to add to the senior Premier League title recently obtained. They beat Mount Anville 6-5 on strokes last week after normal time ended 1-1. They will play St Andrews in the final after they won by a single goal against Loreto, Beaufort.
*For more pictures from the schoolgirl semi-finals from the Evening Herald’s Lindie Naughton, click here
Cold snap puts paid to majority of matches
McVicker calls for winter-break for indoor