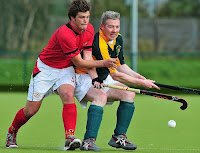 As the IHL takes precedence around the country, domestic action is limited to four back matches in men’s division one and two. Corinthian have the most to gain with their match in Belfield as they can break into the top four for the first time this season.

Peter Darley and John McInroy’s side have had an added pep in their step in recent times though they face a UCD side fighting for positions for their annual colours game next Tuesday afternoon.
Corinthian face former team-mates Karl Smith, Ronan Motyer and Rob Lynch who are playing for a side in desperate need to close the gap on Kilkenny.
Elsewhere, as with most YM previews, it comes with injury worries. Patrick Good has a niggle while David Robinson’s shoulder is still acting up. Their Sandymount derby with Railway sees two sides who look to have distanced themselves from the relegation battle and freed up to give their young charges more division one experience.
In division two, Clontarf can extend their lead to nine points with the rearrangement of the controversial fixture with Navan. Some good has come out of it with what seems to be a standardised ruling for abandoned matches.
Subsequent IHL and Ladies division one games have all led to confirmation that matches abandoned – no matter what score or circumstances – will have to be replayed in their entirety.
Its tough on Clontarf who held a 5-0 lead last time out as it is on Dublin University who had only a quarter of their game with Naas to play with a 4-2 advantage. Both those games are rescheduled for Saturday.
Division One (Saturday):
UCD vs Corinthian, 1pm, Belfield; Railway Union vs YMCA, 2.30pm, Park Avenue
Division Two (Saturday):
Naas vs Dublin University, 1pm, Caragh Road; Clontarf vs Navan, 2pm, Mount Temple
Interpros to use ‘auto-pass’ rule
Women’s Division One preview