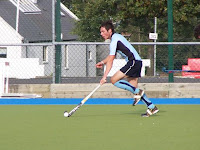 The 2008/09 U-21 cup competition has a somewhat disjointed look about it this season as Monkstown await one of five possible opponents in the final.

Before Christmas, the Town beat UCD 7-1 in the semi-final – having previously overcome YMCA – to confirm their final berth in the decider, looking to pick up the Avoca Cup for the first time since 2004/05.
In the top half of the draw, holders Pembroke are waiting in the semi-finals after they beat Corinthian 3-1. This weekend, though, sees four sides only beginning their campaign as last years finalists Glenanne host Railway Union at St Mark’s at 3pm on Sunday while Dublin Uni face Avoca at 12.30pm in Santry.
News in brief
Noel Keogh to lead Leinster