Focus is already on October’s first round of the IHL and the EHL, which looks set to be in Leuven in Belgium, and this could distract from their Leinster senior league ambitions while the indoor sides trip to Europe will sap the energy.

For a second successive year, they have delved into the transfer market with Lucas Piccioli – provided his transfer gets sorted – the most eye-catching. Peter Blakeney will need to replace Maarten Sier’s goals while Patrick Shanahan looks a tidy player with scope to develop. 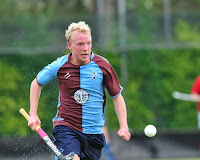 r, returning for the big games.

Preseason has seen them lose to Scottish EHL duo Western Wildcats and Azzurri Kelburne but an impressive burst against Corinthian means they will be in the mix in most competitions but Pembroke may pip them in the league.

Returning to the scene of one of their major triumphs in week two, Serpentine Avenue should be rammed for a firework display.