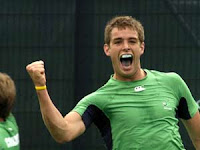 Two of Ireland ’s wandering stars return to their homeland this weekend as the hockey season kicks back into gear with the Tempest Cup in Grange Road .

John Jermyn, meanwhile, makes a welcome return to the Cork C of I line-up after a year playing with Dutch side HGC. The Irish international reached the final of the inaugural Euro Hockey League – hockey’s equivalent to the Champion’s League – last season but returns to Ireland to bolster an already formidable club side.

For Three Rock, the Tempest Cup begins their preparations for their EHL campaign with visitors Kelburne also involved at the highest level of European hockey.

The competition itself takes the form of a four-team, round-robin group and has a prize fund of €2,500. The women’s tournament starts on Saturday morning and features Three Rock, Old Alex and Ards.