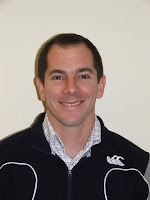 Former Venezualan international Lucas Piccioli has made the short journey across Marlay Park to join Three Rock Rovers from Corinthian for the 2008/09 season.

Piccioli, who also works for the IHA as the Eastern RDO, joins the club as a player coach and work with head-coach Turloch O’Siochain as the club looks to build ahead of the EHL and the inaugural AIL.

“I am delighted to announce that Lucas Piccioli has joined Three RockRovers HC. We have pulled off a major coup in getting Lucas to comedown the hill from Corinthians, a club he has served to his maximum during his time spent there.

“He brings a wealth of experience and will have a major impact for the club, on and off the pitch. Lucas joins us as a player coach, I am greatly looking forward to working with him and seeing him score for us rather than against, for a change.

“The return of Shane Davey to the hockey fold, after a two year stint of playing rugby for Old Wesley, is another addition to our panel for next season. His commitment and qualities will help us greatly as we strive to achieve our goals for the coming campaigns.”