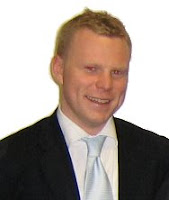 DUP Assembly Member Alastair Ross MLA has said that athletes in Northern Ireland should not be prevented from representing Great Britain at the Olympic Games, and said that hockey players in particular are put in a very difficult position as they must choose to play for either GB or the Irish team.

Commenting Mr Ross said,“When the Great Britain hockey team was at its most successful, players from Northern Ireland were always an integral part of the squad, most notably when local players Stephen Martin and Jimmy Kirkwood won the Gold medal in the 1988 Olympic Games.

“Unfortunately, over recent years, Ulster born players have been forced to choose either to play forIreland or for Team GB. Should a player aim for the British team they rule themselves out of many of the other top international competitions where GB do not compete, but rather England, Scotland and Wales compete individually. It is therefore hard for a player to play at a high enough level to maintain form.

“I have written to the Great Britain Hockey Association, the Irish Hockey Association, the Sports Minister and the Commonwealth Games Council for Northern Ireland to investigate the possibility of changing the eligibility guidelines and also to look at the establishment of a Northern Ireland hockey team which would be able to compete in the Commonwealth Games.

“It is pleasing that the new DCAL Minister Gregory Campbell has confirmed that he will be raising this matter with the Northern Ireland Commonwealth Games Committee and will write to the Irish Hockey Association on the issue.”

What do you think? Would this idea be feasible? Have your say…