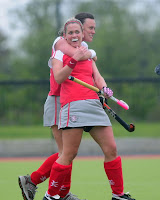 As in the men’s All-Ireland Club Championships, three Leinster sides made it through to the semi-final stages as Loreto, Railway Union and Hermes progressed at Lisnagarvey.

Reigning champions Pegasus, though, would appear favourites as they showed their class with a comprehensive win over Railway (3-0) as well as getting by Armagh after coming from a 2-0 deficit on Friday night.

They had qualified with a game to spare with results meaning Railway Union, Armagh and Harlequins all had a chance of making the semi-finals going into the last round.

Railway Union took the spot as Mick McKinnon’s charges got a key point they needed against his old club, Armagh .

The Sandymount side bossed the opening stages but only had Sinead Dooley’s goal to show. Scarlett Holdsworth equalised to ensure a nervy ending and Armagh almost snatched victory, hitting the post with just 20 seconds left on the clock. 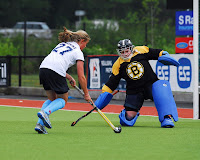 It left Harlequins with an outside chance of reaching the final stages, needing a two goal win to advance. But that never looked likely of causing an upset against Pegasus, the recent Irish Senior Cup winners.

The Ulster side went 3-0 up by half-time, with Alex Speers’ double and Suzanne Beaney sealing the points.

On the other half of the draw, a gutsy performance from Hermes saw Colin Stewart’s youthful side scrape through to the semi-finals after surviving 13 short corners in their 2-1 win over Ballymoney.

The Leinster champions were under pressure to qualify following Friday night’s 1-0 loss to Loreto.

A 5-1 win over Cork C of I on Saturday got them back into contention, leading to a straight playoff with Ballymoney for the second qualifying spot.

That win was thanks in the main to the returning Anna O’Flanagan’s hat-trick. She missed the Loreto tie due to exam commitments while former Irish captain Linda Caulfield was also back in action.

In the decider with Ballymoney, Nikki Evans opened the scoring – the simplest of finishes after Anna O’Flanagan and Jill Hodgins excellent burst down the right wing.

Megan Frazer equalised early in the second half from Ballymoney’s ninth penalty corner and they were, perhaps, unfortunate not to get a penalty stroke when Sinead McDonnell appeared to be struck on the foot in front of the goal.

Liane Costello scored the vital goal – at the third try after two good save from Sammy Jo Greer – diving athletically to sweep the ball home.

Ballymoney threw everything at Hermes but could not get the two goals needed as the game reached a fractious conclusion – Jenny Kinch sin-binned for a stick-tackle.

Loreto followed up Friday night’s win over Hermes with a 2-0 win over Ballymoney and a comfortable win over Cork C of I.

The Beaufort side only qualified for this stage of the competition thanks to a late goal in the last game of the regular league season.

But with their trio of international stars – Nikki Symmons, Louisa Healy and Cathy McKean – they look a co

mpletely different prospect. Symmons scored the goal of the tournament, breaking 50 metres up the pitch before feeding Nikki Keegan. Her return ball found Symmons to fire in a stunning strike to round off a good weekend.

It sees Loreto face Leinster rivals Railway in the semi-final while Leinster and Ulster champions clash in the other encounter.