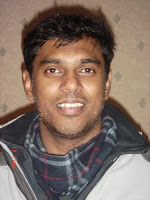 Ten Leinster players have made it into Arul Anthoni’s Irish under 18 squad for the England Series from 13th – 15th February in UCD, Dublin. Ireland will play England in three consecutive matches.

Both Stuart Loughrey and Andrew Ward were recently named in the Leinster U-21 squad.