Summary: YM look an interesting proposition this season as they definitely have the most potential for the future. Richard Pedreschi, Shane O’Donnell and Geoff Walker have all been added to the squad from the youth section while Irish Development 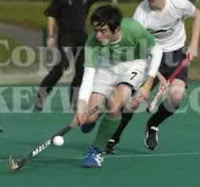 squad member David Robinson is becoming a force in midfield. Ross Murray left with YM’s ‘blessing’ given their embarrassment of riches in goal but Will Powderly’s aborted move to Glenanne will help nurture the youngsters up to division 1 standard. YM, though, are looking more at a three year plan rather than selling their souls for an All-Ireland position. Success this year would be steady improvement on last year and the laying of good foundations.