Summary: Bizarrely for a college side, UCD have lost nobody, except the retired Simon Greene, from the side who won the playoff against Railway last year. 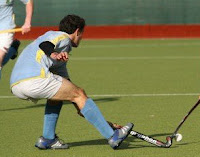 They welcome back two Erasmus students, Neill Young and Glen Holmes. Indeed, Holmes’ pace and link-up play with Michael O’Connor could see them ruffle a few feathers. The reduced turnover of players, with a few graduates sticking around means the side has more division 1 experience than most promoted sides and they will be boosted by a 3-1 preseason win over Glenanne. They are hopeful of pushing-on this year but an extended tête-à-tête with Bray looks a more likely proposition.