Summary: Losing their final three games to drop to fourth on the final 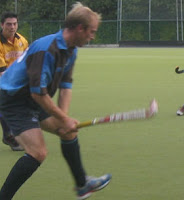 day of the season stung Rovers badly and they expect not to make the same mistakes this time out. Their Dutch cultural exchange programme continues apace with Phelie Maguire and Andy McConnell likely to form one of the league’s best midfield pairings but it is in defence that Rovers need the most strengthening. They will hope Neil Lyons and Charlie Henderson will do just that while Maarten Sier, on preseason form, looks set to give Rovers an additional forward threat beyond Peter Blakeney. Fingal put eight past Rovers at the back end of last season. They meet each other in the second round of matches in an encounter that will say a lot about each side’s credentials this time out.